“The kids of the “Le Bon Berger” orphanage in Yaoundé, will never forget the Christmas feast granted to them by the Meb’s International Models Association on Thursday 20th December 2018. With music, gifts, food and smiles, this event recorded an outstanding success. Details.”

One of the greatest meaning of Christmas is that it symbolizes love. During this period, almost everybody is happy and willing to feast. But they often forget that as much as they are happy, so too there exist some people who have never experienced the magic of Christmas. That is, Christmas to them doesn’t represent something joyful and great. These people often spend their Christmas questioning their life situation, as they can’t celebrate it like others. Most of these people are found in orphanages, refugee camps, streets or even hospitals. 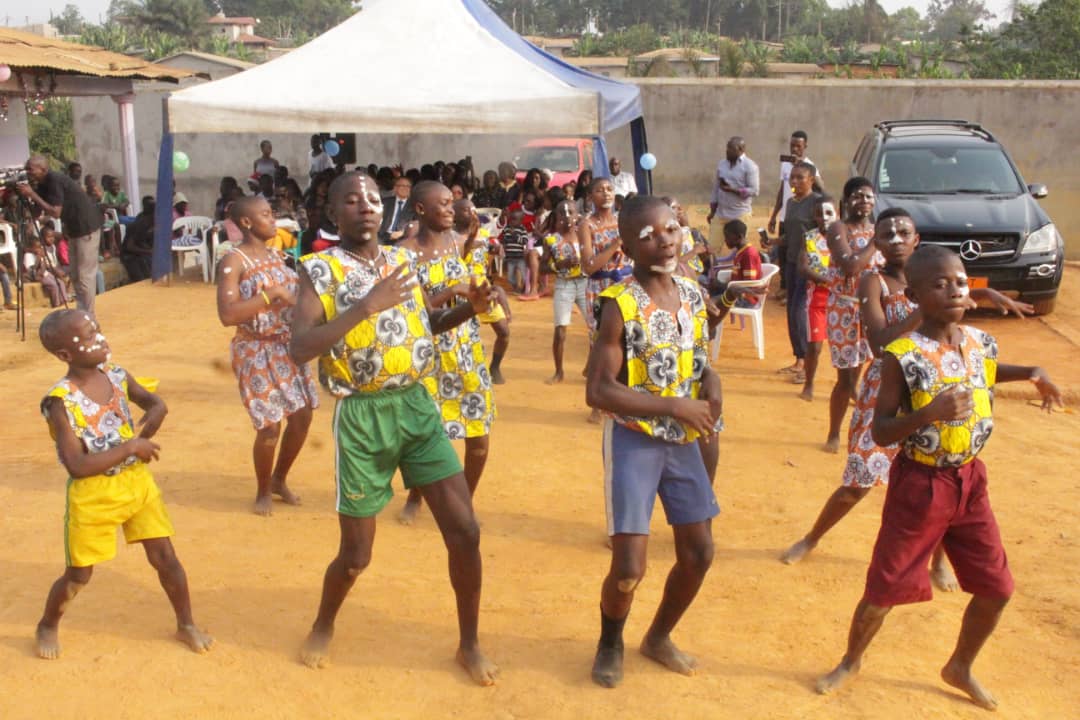 Prior to this, the MEB’S INTERNATIONAL MODEL’S ASSOCIATION abbreviated as MIMA has decided to put in place a Christmas feast called “CHRISTMAS WITH ORPHANS” with the aim of offering a beautiful Christmas to needy kids. The concept brings together volunteer youths who have to play the role of godparents for the orphans of a given orphanage. Their role is to offer them Christmas gifts and contribute to the realization of the feast. The first two editions of this event registered a great success. Thus, the association thought it necessary to organize a third edition under the patronage of Mrs. RATU ERMA.

The third edition of “Christmas with orphans” took place at the “LE BON BERGER” orphanage in Yaoundé at the Nkoabang neighborhood. Neither the untarred road, nor the dust or the distance, discouraged the more than 70 godparents registered for this event to reach the orphanage. As from 1pm, the set-up of the event was already done, with tents, chairs, decorations and the Christmas tree already placed at one corner of the compound of the orphanage. The arrival of the representative of the French ambassador to Cameroun in the person of Mr. PHILIPPE LARRIEUX, followed by the godmother of the event Mrs. RATU ERMA, marked the beginning of the ceremony. It is with songs and dances that the kids offered a warmth welcome to the dignitaries and the different guests present at this event. This was followed by a traditional dance representing the diversified cultural heritage of Cameroon. 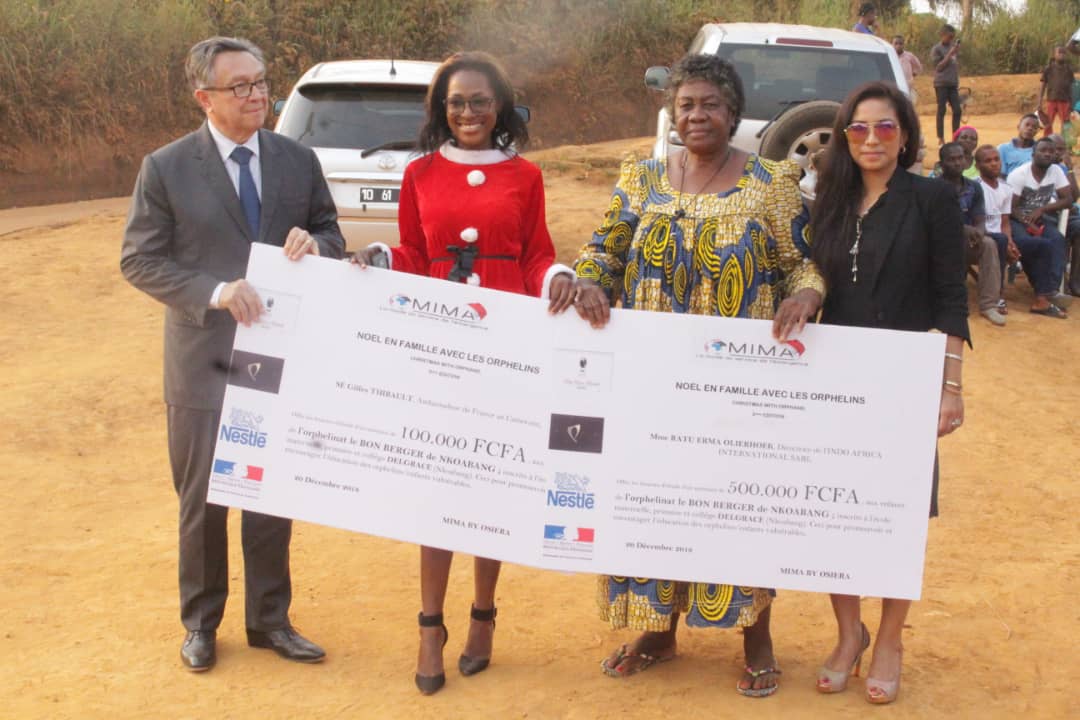 The event was a great opportunity for children of the orphanage to portray their talent and their know-how. The different guests could therefore admire the kid’s talents in singing, dancing but also modeling and tailoring. Indeed, the orphanage has many talents such as; a young artist singing “afro-trap”, a tailor who sues some of the dresses those kids wear, but also dancers. All this with total admiration from the public present, who did not hesitate to encourage them with applauses.

The most important part of this event was the sharing of Christmas gifts. This was opened by Mrs. RATU ERMA, who offered 500,000 (five hundred thousand) CFA francs as scholarship for some kids at the orphanage. To her, “…helping others is a duty to everyone. It should be done irrespective of the religion, the gender or the origin. We may be at the top today, but we never know what tomorrow will look like…”. Indeed, Mrs. RATU ERMA has been godmother to tis event since the second edition last year. Joined by the team a little bit late, she couldn’t be of great help. She therefore decided to invest herself this year by contributing to the catering of the event as well as covering certain expenses, plus the scholarship.

RATU ERMA is of Indonesian origin. Princess, she has always dedicated her life to Humanitarian activities, sports and arts. She has been in Cameroun since 2012 and her sense of volunteering and sharing is what characterizes her. She is at the head of the Indo-Africa International Company; representative of few government business in Cameroon and Trade organizer of Official meetings for the government and private sectors, as well as some other projects. 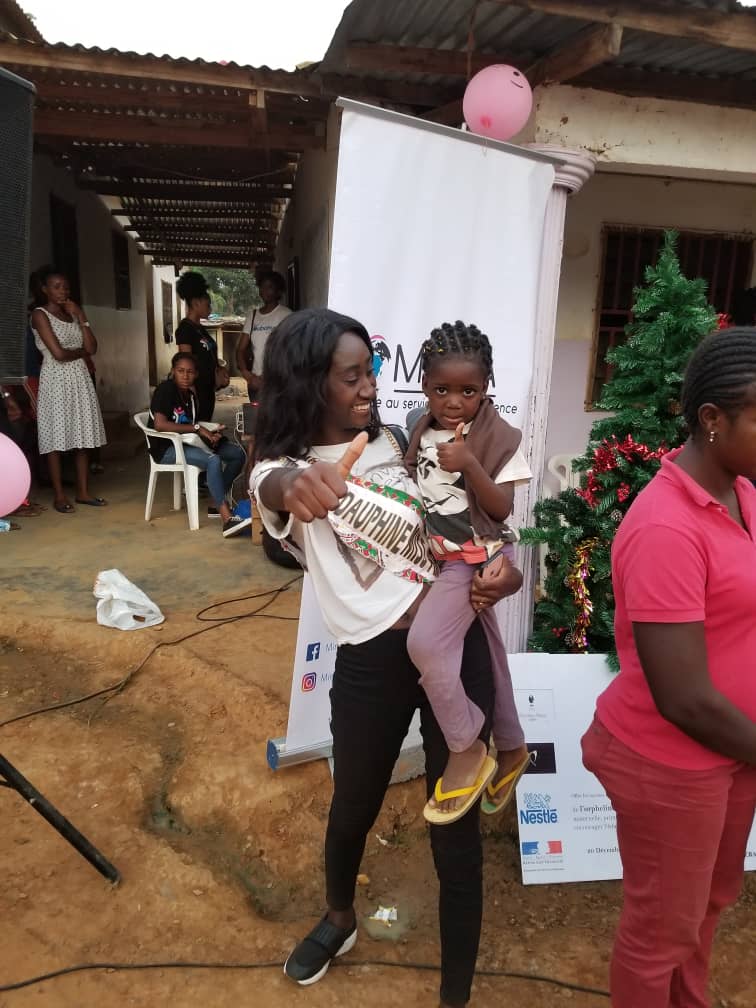 Similarly, the French ambassador to Cameroon was the second to grant a One Hundred Thousand CFA francs scholarship to the “Le Bon Berger” orphanage to help in financing the studies of theses kids. This was offered by the representative of the French ambassador to Cameroun Mr. PHILIPPE LARIEUX. He was followed by the Nestlé company who offered gifts such as milk and aromatic cube “Maggie”. All this was warmly received by Mrs. NGONO, mother of the orphanage affectionately known as “Rémé” meaning mum in Cameroon slang. To her, the gest of MIMA and their different partners if greatly appreciated, as she has been struggling to take care of these kids alone since the creation of the orphanage. She has 72 children ranging from nursery school to university whom she has been taking care for years now. Amongst all these children, three have become military officials, one is a nurse, and another one a tailor. She used this occasion to invite everyone to copy the initiative of MIMA to come and help the ones that are in need.

This was later on followed by some interviews, pictures and the granting of gifts by the 70 godparents who decided to follow MIMA in this initiative. Mostly youths, they offered gifts in terms of toys, as well as food and life stuck such are bags of rice, cooking oil, soap, water and cloths. To this action, the kids were very happy, as they thanked the different volunteers for this beautiful gest.

the Third edition of CHRISTMAS WITH ORPHANS ended with a buffet offered by Mrs. RATU, as well as a time to take memorable pictures, while dancing on some music. While thanking everyone for their presence, a new appointment was taken for the fourth edition of Christmas with orphans. 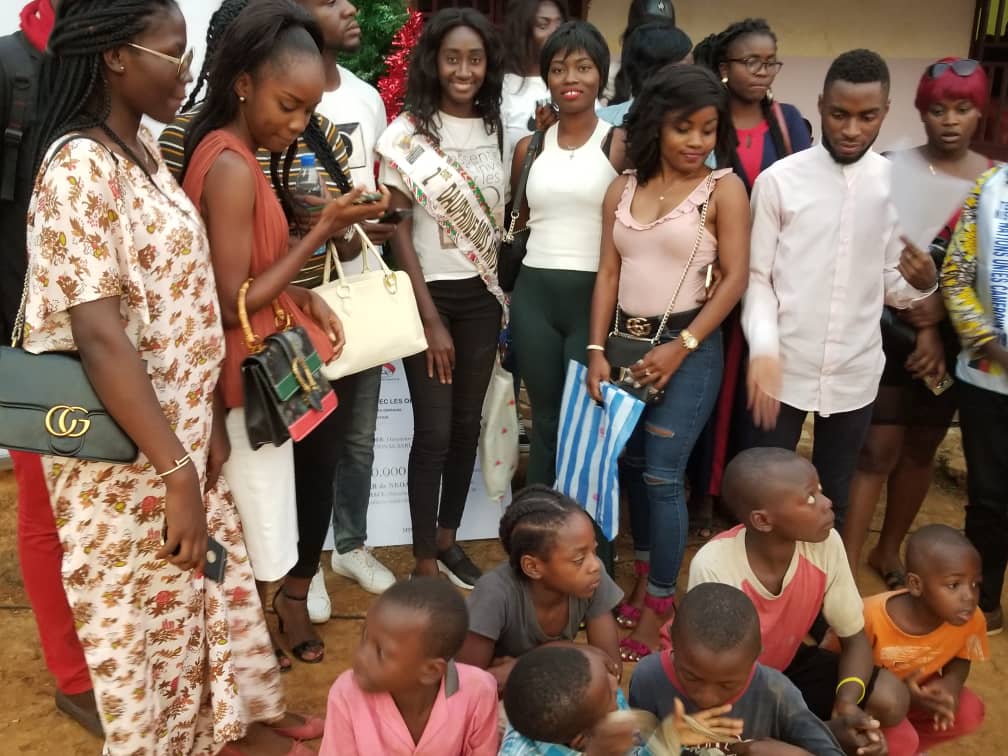 The “MEB’S INTERNATIONAL MODELS ASSOCIATION” is an association of models which was created in 2015 by Miss OSIERA MEBOUNOU Miss United Nations Cameroon 2014. The purpose of this is to bring together models of Cameroon, with the aim of making the sector more professional. This, through the creation of an academy called MIMA-ACADEMY whose main activity is to train young Cameroonians who want to have a career in modeling. The Association has this in particular that it wants to promote social modeling by making all its models ambassadors of humanitarian actions. This through the organization of activities such as visiting orphans, organizing caritative fashion shows and more. 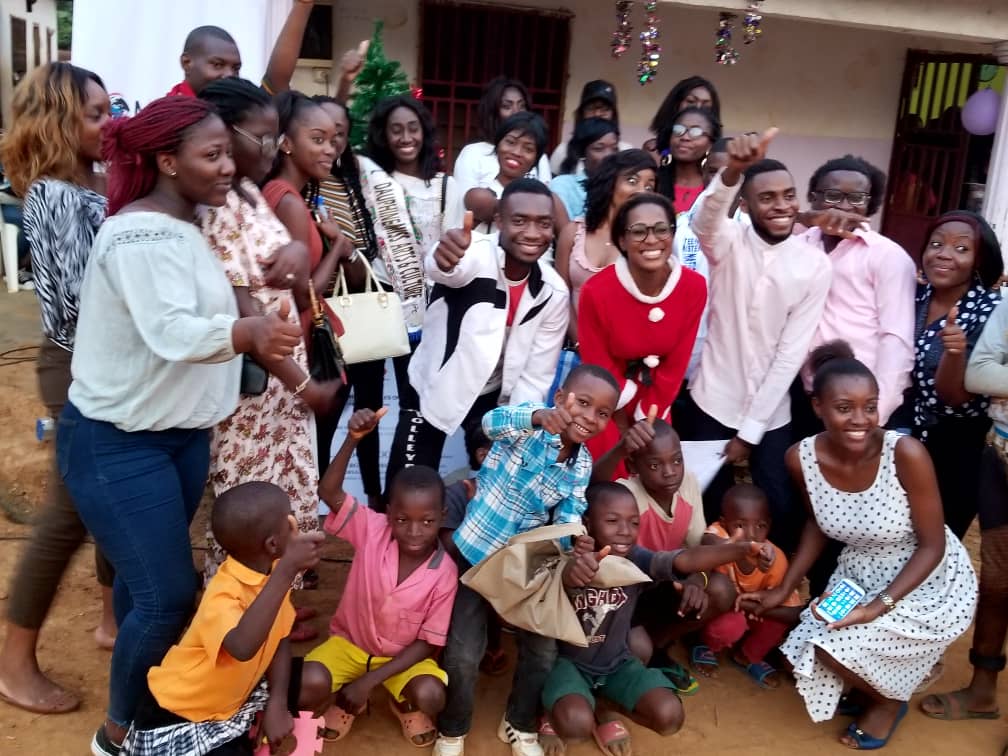 Mr Leo is back with a new single “Omale”

Owé. After close to eight months of musical hiatus, and release of his last single, “CHOISIR”, …